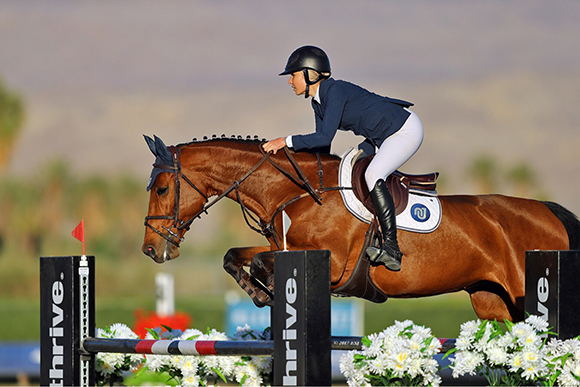 San Diego, CA & Wellington, FL – January 28, 2018 – The new year is well underway for Neil Jones Equestrian USA. The European business, established over two decades ago, began to bring a selection of quality show horses to North America in 2016, and has now established two bases in the states. With satisfied customers on both sides of the water, and a client base on both the East and West coasts, Jones continues to offer a group of 20 or more sale horses on this side of the pond.

With a global network already in place and the European base in Belgium going strong, Neil Jones Equestrian USA has winter locations in Wellington for the WEF (Winter Equestrian Festival), and on the West Coast at HITS Coachella. A group of horses will stop in Lexington for the Kentucky Spring shows, before all the horses head West to the Blenheim EquiSports shows in San Juan Capistrano and Del Mar. Always looking for new events, NJE USA is also putting Sonoma Horse Park and Paso Robles Horse Park, and the increasingly popular Thunderbird Horse Park in Langley, on the schedule this year.

Expanding to America means that instead of sending videos of sale horses to US buyers, or bringing the buyers to Europe, Jones brings the horses to the buyers. Clients can follow the horses, watch them in the ring for weeks at a time, as well as try them. Jones has brought Natasha Traurig on board as the rider/manager on the West Coast, while several riders are engaged on the East Coast, among them Tori Colvin riding Clochard, and Erynn Ballard aboard Cornetiero.

Jones will maintain a selection of young horses aged four to seven in Belgium with talented Colombian rider Nicolas Toro. After spending a number of years with them, Jones and Toro are quite familiar with each one, which serves them well in the ‘matchmaking’ process of pairing horse and rider. Once the horses have turned seven, they are ready to head to the United States. The plan is to keep about twelve horses on each coast, and when one gets sold, another will come from Europe.

Relatively new to the West Coast team, “Natasha will be running the ship,” Jones explains, allowing him to focus on the business. As Mavis Spencer before her, not only will Natasha be running Neil Jones Equestrian USA, but also building her own career. Traurig’s own business, Traurig Tradition, will co-exist alongside the NJE horses.

Currently competing at HITS Coachella, one winter goal is to finish the season in March participating in the AIG $1 Million Grand Prix in Thermal, promoting not only the NJE horses, but her competitive presence as well. Among the string are two mounts owned by Kathleen Rose: Saul Goodman and Choose Me, both promising grand prix horses. 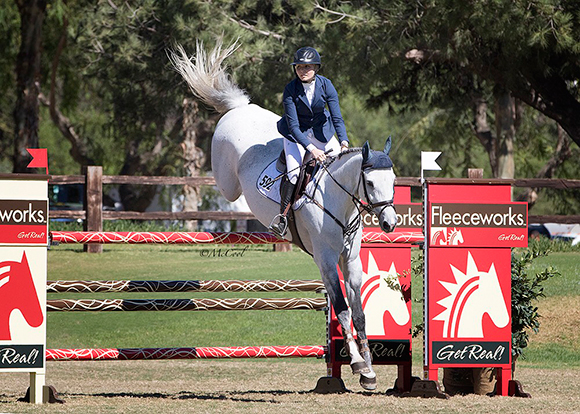 Natasha Traurig and Choose Me; photo by McCool

A History of Excellence

Natasha is no stranger to long days at the barn. By taking care of her own horses and managing the stable under the tutelage of her parents, both established equestrians, she learned early on the importance of doing everything from the ground up, and doing it with precision and total commitment.

She rode professionally through her college years, striking that difficult balance of scheduling and discipline, and graduated from the University of California at San Diego in 2014. In the years following, she served as an assistant to Michelle Parker, running the barn and taking on the teaching and training duties while Parker was away at competitions. 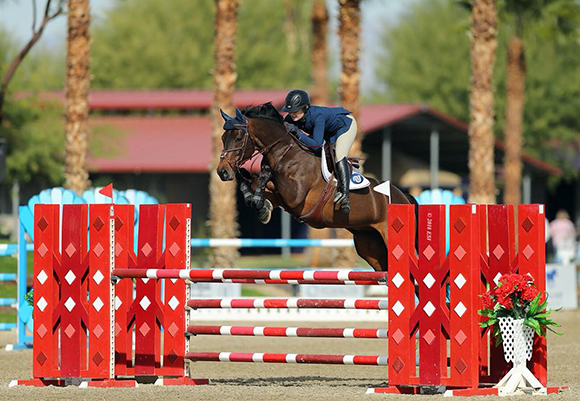 Steeped in her family history of excellent horsemanship, and with a work ethic second to none, Traurig is a natural for her new position with Neil Jones Equestrian. “I’m incredibly grateful to have this opportunity, working for Neil Jones and alongside a great team,” she says with feeling. A new chapter is on her horizon, and the future looks bright.